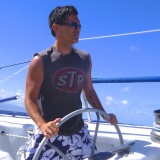 The VoiceBunny website is very easy to use. This was our first time using VoiceBunny for a project and we will be repeat customers! Nice work Bunny.

fast and serious, no modifications needed !

Incredible. I’m so thoroughly delighted with the quality of the work and the speed in which it was delivered!

The voice actor is professional, willing to help and delivers with amazing turnaround time!

Great job, and the delivery was really fast!

I appreciate the quick response and fast turnover of revision. Thank you so much! Will definitely be hiring this bunny pro again. The new voice for Casa Maria Hotel Jamaica!!!!!!! Yaah lol

Working with VoiceBunny was really great. It took a little getting used to, but in the end it was very easy and the quality of the work is excellent.

Superb work and fast turnaround... just the type of professional service you hope for in B2B partner.

Superb work and fast turnaround... just the type of professional service you hope for in B2B partner.

The voice is very clear, great pronunciation and pauses. We will keep using this website and voice for our future projects.

This artist is the best, fast, and his voice absolutely no comment on his voice .

Great job. The instructions were followed to a T - absolutely fantastic work!

Hello and thank you!. Now Pap is truly alive!

Amazing work! We are blown away by the quality and turn around time of this actor!

Great work. Quickly turned around. Just what we ere looking for.

Wow! so unbelievably quick, professional & easy. The work was incredible and exactly what we wanted. We didn't even give him much to go off of but he captured it perfectly! Highly recommend!

Thanks for the quick turn

Awesome, will use again.

Fast, profesional and great undestanding of what we where going for.

Amazing voice and very fast output. My family loved the voice and we will reach out to you even for our outgoing messages on cellphone voicemail. :)

Have used this actor 3 times. Top quality every time and exceptionally fast turn around. Thanks.

Great Voice. Fast Turn around. I recommend highly. Thanks.

This is the second time we booked this VoiceBunny voice artist and we are very happy with the speed and quality of the work. Thanks and looking forward to doing more business with you . The yepco.com team

Thank you for the super fast turn around! It's exactly what we needed! :)

Thank you so much for such a fast delivery and great voice over, it was EXACTLY what we were looking for! :)

We are really happy with the result and were impressed how accurate and fast the work was done! Thanks!

I really appreciate the effort of the actor to deliver a work of the highest quality.

Unbelievably fast and economical. I got a voiceover in 2 hours.

Thank you very much for this excellent work

This was an amazing experience. I never thought it would go so smoothly. Thank you so much

Great work! Appreciate the multiple takes included. This was exactly what we needed and getting it done in 48 hours was a huge help!!!

The voice artist has an amazing voice. I like putting together videos but have always dreaded recording and editing the narration. Leaving it to this professional is such a better option.

Great job! Can believe the speed this job was completed in.

Still fast and nice! Thanks!

Quick delivery and excellent quality. Thanks so much!

Everything is great and fast! Really cool service!

Love the speed! Love the voice. Thank you so much.

Kick ass voice artist. This is the 3rd time we've used him and he's just amazing. He gives us great results really quickly. Keep it up!

Excellent. Man I wish I had a voice like that. Awesome work. I will be back for more.

Thanks. It's so great as before.

You've done a great work. And you did it extremely fast. Faster than I could imagine. Thanks!!!

Very good cooperation. We've received quick response about voice actress absence. Only one from three suggested types was good, but it was enough to end project with success, and in time!

It's incredible, rates a bit higher but who cares when we get service like this, totally appreciate it. And love your representatives way of talking, hats off Mr. Humberto, you made me feel comfortable in my first ever outsourcing experience, would love to use voicebunny next time.

Great! Thanks and hope to work with you again!

Excellent Company, Service, & Voice Talent. You guys are the best. I only wish I would've known about you sooner. Please extend our sincere, thank you, to the voice pro. He is truly amazing! We are so happy with our voice over. What a professional! He did such an amazing job and so fast the turnaround. Thank you, sir!

We are really appreciate the fast & responsive services of Voice Bunny.

Exactly what we expected and faster then we hoped for. Thank you

Really good work, it was fast and the correction where made immediately.

So fast and amazing quality! Thanks!

Fluid voice that keeps your attention. Well spoken and easy to understand.

I'm very happy with the quality, turn around and how easy is working with voicebunny. I will definitely use it again.

Incredible fast response, awesome work. Always a pleasure to work with him.

It was great. I think our request was pretty simple, but as such, we received our completed project to specifications in a matter of a few hours.

Nailed 99% of what I was looking for on the first recording. Very fast delivery and accurate revision.

Great job and very quick turn around. Thanks

Thank you so much. This is exactly what we are looking for. I will be anxious to start my next project so we can have you help us again.

Outstanding work! Exactly what we were looking for. Extremely professional.

Great, everything we need!

The Bunny Pro was great! He was able to take our feedback and incorporate it into his reads quickly and effectively. His response time was fast and we are happy with the finished product.

The crucial thing why we decided to go with voicebunny is the fact that you offer to download a quote before ordering! That is perfect for our internal beauraucracy-heavy process for outsourcing jobs.